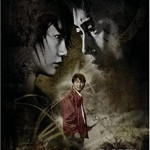 A deaf-mute man, Ryu, works in a smelting factory and inhabits his own silent world, oblivious to the din both at work and in his downscale apartment building. He idolizes his sister, who urgently needs a kidney transplant, and when he’s laid off and then tricked out of his savings by organ traffickers, his wacko girlfriend, Yeong-mi, suggests kidnapping his former boss’s daughter to pay for his sister’s operation. Yeong-mi sees it as social revenge. Ryu, initially scared of the consequences, finally agrees after seeing another laid-off worker attempt hara- kiri outside the boss’s home. After kidnapping the boss’s daughter, their whole plan starts to quickly unravel with horrible consequences.