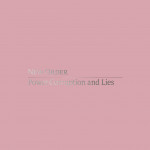 New Order’s second album , Power Corruption & Lies , will be reissued on October 2 as a boxed set.

The album released in 1983 was remastered from the soundtracks. The set qualified as the definitive edition will consist of one vinyl , two CDs , two DVDs and a book .

A bonus CD titled “ Extras ” will also be included in this set. It includes 17 titles including 13 unpublished.

Two DVDs complete this set of five discs. The first includes two concerts by New Order at The Hacienda and Kilkenny . The second DVD features the Channel 4 TV documentary Play at Home and other rare live performances.

Finally, a 48-page book with photos and original texts collected by Warren Jackson, will complete this set.